This incredible walk is one of our most popular self guided trips. With breathtaking views across a diverse range of landscapes and the achievement of walking coast to coast, it’s easy to see why so many people have Hadrian’s Wall on their bucket list. 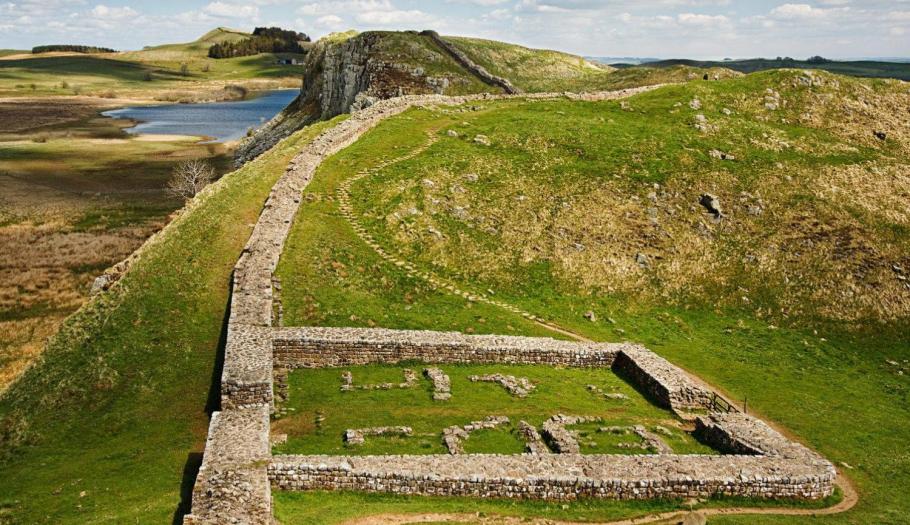 Where Is Hadrian’s Wall?

The walk follows in the ancient footsteps of the Romans across the north of England, near the border between England and Scotland (although never actually on the border between the two countries) and runs approximately 84 miles from Bowness-on-Solway, in Cumbria in the West to Wallsend, North Tyneside, in the East

When was Hadrian’s wall Built?

Hadrian’s Wall was built by the Roman army on the orders of the emperor Hadrian following his visit to Britain in AD 122. It was designed to defend the part of Britain they controlled from attack. In Hadrian’s words, they wanted to “separate Romans from the barbarians” in the North. The wall was designated a UNESCO World Heritage Site in 1987.

How long is Hadrian’s Wall?

It really depends who you ask!  A Roman unit of distance was the mille passum, which translates to ‘thousand paces.’ A pace was five Roman feet, meaning a Roman mile measured 5,000 feet. This made the original Hadrian’s Wall 80 miles long, and each mile was marked by a milecastle fort. These were used for controlling the movement of people, goods and livestock along the Wall.

The ‘modern’ mile was standardised in 1593 as eight furlongs, or 5,280 feet. (A furlong was how far a team of oxen could plough in a day – roughly 660 feet.) This means that modern miles are longer than Roman ones, so Hadrian’s Wall today is 73 miles long

The Hadrian’s Wall Path – the well known National Walking Trail we use for our trips, adds an extra eleven (modern) miles making most of our itineraries 84 Miles, and finally, the Hadrian’s Cycleway that is used for our Cycle / Walk / Cycle trips takes in the wider Hadrian’s Wall World Heritage Site, thereby increasing the length to almost 100 miles. 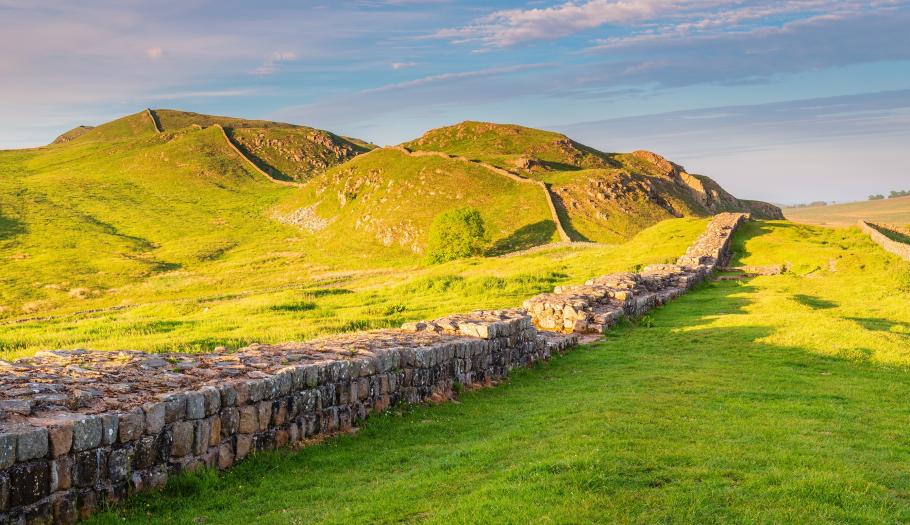 Here we have split the Hadrian’s Wall Path journey into 6 parts as an example of one of our popular itineraries.

From Bowness on Solway, walk alongside a quiet road overlooking the Solway Firth, an Area of Outstanding Natural Beauty, via the village of Burgh by Sands to the River Eden as it winds into the city of Carlisle.

Carlisle to Banks
See the castle and cathedral before heading out of the city across green fields to Bank. The wall here was an earth structure, so very little remains.

Banks to Housesteads
Roman landmarks like turrets, mile castles, two well preserved forts and a substantial section of the wall fill this part of the route.  You will ascend Winshield Crag, the highest point on the route, to admire fantastic views across the surrounding countryside, before walking the most iconic section of the wall – Steel Rigg and Sycamore Gap, famous as the site of numerous films including Robin Hood.

Housesteads to Chollerford
If you haven’t done so already, take the time to see Housesteads Roman Fort, where you can see the enormous scale of the military operations and civilian settlement which was here almost 2000 years ago. You then gain stunning views from Sewingshields Crags before walking alongside the Roman military road past Broccolitia Fort and into Chollerford.

Chollerford to Newburn
The trail passes alongside the military road, before heading through Heddon on the Wall down to the River Tyne as you walk the outskirts of Newcastle to Newburn.

Newburn to Wallsend
Quite a contrast for this final stage of the trail as you walk alongside the River Tyne beneath Newcastle’s famous bridges and eye-catching architecture to the end of the wall at Segedunum Fort.

The full coast to coast journey takes in over 15 historic structures and follows the wall as it crosses through the rolling countryside of three counties.

The Lake District Round – New Self Guided Walking Holiday Itinerary

The Lake District Round – New Self Guided Walking Holiday Itinerary

Want to find out more? Check out our Hadrian's Wall Trip Itineraries!