Did you know a gentleman named Thomas Stevens was the first to ride a bicycle in 1884?

As Mr Stevens wobbled on his one-wheel penny-farthing, I bet he didn’t know he’d sparked a movement of pedal-pushers that’s lasted through the centuries. As of 2012, 42% of households own a bicycle globally.

With our lightweight carbon-fibre frames and 25-mm depth wheels, the race is on to see who can go further, faster and have the best adventure. And why not start with the notorious London to Paris cycle?

The London to Paris cycle route takes you on a journey through the charming countryside between the two iconic cities, London and Paris. You’ll travel through memoirs of centuries past, from Roman relics to the WW2 frontlines at Normandy.

In this Maximum Adventure post, you’ll find out what the London to Paris cycle is, where the route goes and the history surrounding the challenge.

Pedals at the ready, let’s push on!

What is the London to Paris Cycle 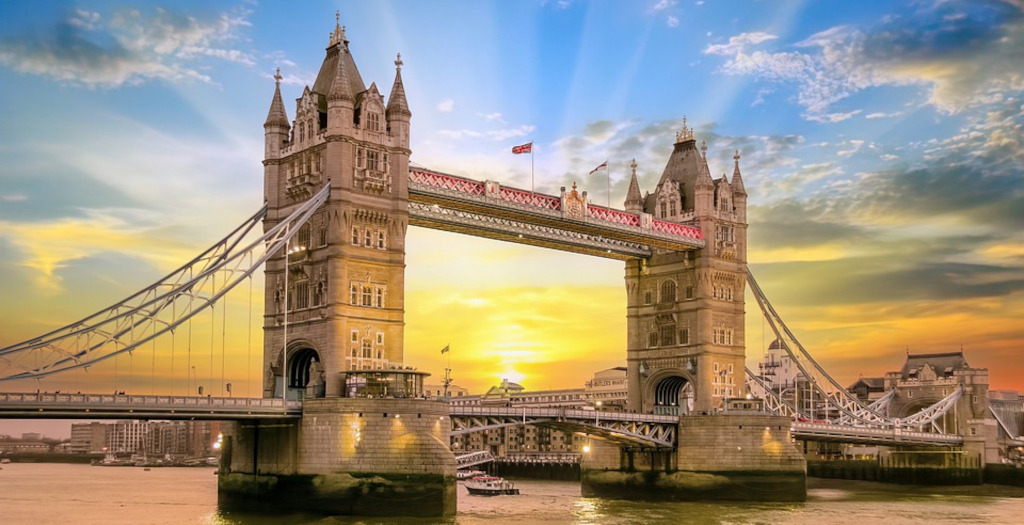 The London to Paris (L2P) cycle is an iconic cycling route taking you from one infamous capital city to another, London and Paris.

London and Paris were capitals of worldwide empires that competed for domination. This is a history that’s long gone, but the cities remain and house cosmopolitan communities. Grand government buildings, important centers of worship and famous museums and galleries line the streets, dotted between the greenery of popular parks and gardens.

The London to Paris cycle ride can take one of two routes: 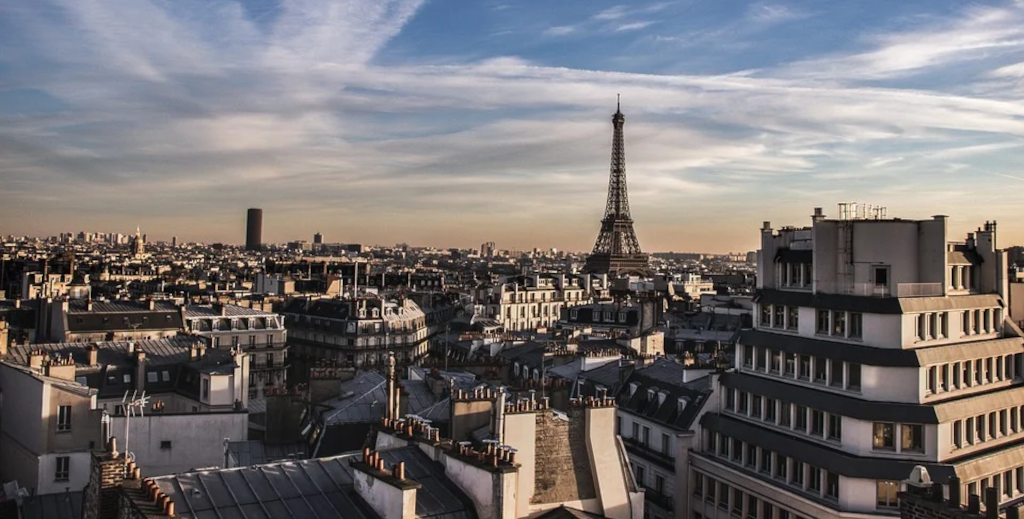 Historically the London to Paris cycle route started in Southwark at the southern end of London Bridge. The route used the Roman Watling Street (now the A2 in the British road numbering system). This route crosses the channel between Dover and Calais.

The avenue verte route uses a disused railway line and was drawn by cycling organizations in Britain and France to celebrate the London 2012 Olympics. This route starts at the London Eye and finishes at the Notre Dame in Paris. This route crosses the channel between Newhaven and Dieppe.

From London Bridge, the classic route follows route National 1 (N1), a road created during the Napoleonic times running from Calais to Paris. A bronze plaque is set on the pavement in front of the Notre Dame cathedral to mark the end of the route.

Modern-day traffic conditions have seen these roads change in character meaning this original route is not safe for a leisurely cycle ride. To avoid these problems Maximum Adventure’s guided or self-guided route uses quiet country roads and rural tracks. We’ve plotted a route to follow the classic line as much as possible while minimizing the total ascent and sticking to cycle-friendly paths.

The geology of southeast England and northern France are similar with successive bands of chalk downland separated by river valleys.

London to Paris distance: The classic route runs from the Tower of London to the Eiffel tower in France giving a total distance of 490km (304 miles). This route is split into 11 stages which are as follows:

The London Eye was one of the major attractions constructed in London to celebrate the new millennium in 2000. It seems fitting to start the modern London to Paris cycle route here.

This route was launched in 2021 and connects the UK and French capitals, running between the London Eye and the Notre Dame Cathedral. This Eastern route takes in larger, historic cities and towns, such as Beauvais and Senlis.

The avenue verte route comes as an iconic cycleway planned as an Anglo-French joint venture, catalyzed by the 2012 London Olympics. This route retains its initial stated aims of creating an alternative, car-free, gentler ride between London and Paris for walkers, cyclists, and especially families.

London to Paris distance: This Eastern route is much shorter with a total distance of 398 km (247 miles). The avenue verte route is split into 9 stages which are as follows:

You can complete the avenue verte route as a 24-hour cycle challenge. Alternatively, take a more leisurely pace and complete the route in 2+ days.

The London to Paris cycle route brims with historic relics from the English and French empires.

Before these empires, the first residents of the British Isle arrived in continental Europe ahead of the last ice age. During this time, Britain was attached to mainland Europe.

These nomadic groups would have travelled the chalk ridges running across northern France and south-east England to keep above the thick, swampy valleys of the river Midway and Somme. Traces of these iconic routes still exist and are followed by the classic L2P route.

Romans arrived in the first century BC when rising sea levels split Britain from continental Europe. During this time, both sides of the English Channel were inhabited by Iron Age tribes of Gauls and Celts.

The infamous Julius Caesar captured Gual between 58 and 51BC, but the Roman occupation of Britain didn’t commence until AD43.

As technology improved, as did the living conditions. The Romanised tribal settlements became Romano-Gallic or Romano-British towns. Both London and Paris have their roots in the Roman Empire. For instance, it was the Romans that built Watling Street to link Dover with London.

During the fourth century, the Romans came under increasing pressure from the east and by the mid-fifth century, they had to withdraw their legions from both England and France.

After the Romans left, they were succeeded by numerous tribal settlements. The Franks were a tribe that remained in northern France. From AD496, Clovis 1 became their king and established Paris as the French capital. This Frankish kingdom then expanded, absorbing neighbouring states.

During this same period, southern England was succeeded by Saxons (from eastern Germany).

The Vikings from Scandinavia began to migrate to the region in the early ninth century AD. In France, they settled in Normandy. In England, the Vikings initially occupied an area in the north known as Danelaw.

In 1015 the Viking king Canute defeated the Anglo-Saxons in southern England and extended the Viking rule over the whole country.

In the 18th century came the French revolution, a violent period that ended the ancient régime in France (1789-1799). The monarchy was lost and the clergy removed. Monasteries and religious institutions were closed, and palaces and castles were expropriated by the state.

In place of the monarchy, a secular republic was established. Chaos unfolded, and a regime of terror resulted in the death of 40,000, including King Louis XVI and his wife Marie Antoinette. The English Novelist Charles Dickens described this period as the Tale of Two Cities.

The fields of northern France were brutal battlegrounds during WW1(1914-1918). British and French armies engaged in trench warfare against the German army for over four years. This frontline lies east of the classic route, with some of the heaviest fighting in the Somme valley near Amiens.

The French economy lay devastated after the war during the 1930s, a period that’s dubbed as the great depression. With poor financial stability, the French surrendered to the German army during WW2 (1939-1945). The Germans occupied northern France for four years.

Britain rallied a defensive army along the south coast in preparation for a German attack that never materialized. An allied invasion of France through Normandy (1944) lifted German occupation and liberated Paris on the 25th of August 1944.

After the war, France was one of the original signatories to the Treaty of Rome (1957) which established the European Economic Community (EEC) and led to the European Union (EU). Following this treaty, economic growth was strong.

Britain didn’t join the EU until 1973 (and has since left in 2019) following a similar post-war path to France. Both transformed from an old heavy industrial economy to one focused on a high-tech economy. Today both cities are described to be cosmopolitan.

The London to Paris cycle transports you directly into this history just described. Your cycle journey is as much a historical journey where you witness two cultures and how they’ve changed across history.

Book your London to Paris adventure with Maximum Adventure

“[Maximum Adventure] took all the hassle out of organising hotels and travel, all I had to do was show up. I’d definitely recommend this company and I’ll be going again some time.” – Google Review

Want to take the London to Paris cycle challenge?

At Maximum Adventure, we know how much adventure means to you. We understand the importance of adventure for human wellbeing and connection to the world around us. That’s why we’re meticulous when planning our adventures, to organize the trip of your lifetime, safely.

Sign up for our London to Paris challenge with Maximum Adventure. Choose from our guided and self-guided options. Select either the avenue verte route or the classic route, and how many days you want to complete the cycle in, from our 24 hour to 5-day options.

Plan your adventure with Maximum Adventure today and make memories that will last a lifetime.

Are you thinking of completed the London to Paris cycle? Do you have any questions about the ride you’d wish to ask us? If you do, please comment below as we’d love to hear from you!

Mountain Walking: Your Ultimate Guide With 3 Essential Steps To Prepare for a Day in the Hills

Mountain Walking: Your Ultimate Guide With 3 Essential Steps To Prepare for a Day in the Hills