That’s a lot of walking!

With this much choice, things can feel daunting. But fear not, to help you select your next long-distance walking adventure, we’ve created this Maximum Adventure post.

Pack your bag and feel the psych, it’s time to go on a walking adventure!

What is long-distance walking?

There isn’t a set definition for what a long-distance walk is. Generally speaking, if you walk a long way (usually 20 miles or more), then this is defined as a long-distance walk. You can progressively rack up insane mileage following walking routes designed across weeks or even months of trekking.

The UK is jam-packed with epic long-distance walking routes. These walks allow you to explore the UK’s stunning countryside, whether you’re stomping across rugged highlands or the quaint rolling hills of the Cotswolds. Long-distance walking is sure to give you an adventure fix and your life a little spice.

At Maximum Adventure, we want to make exploration and outdoor sport accessible, safe, and available to all. The company is founded on this mission, and we pride ourselves on consistently delivering exciting trips. Behind the scenes, we’ve been working hard to expand our trip portfolio just for you. This has included adding more long-distance walking holiday packages.

In our quest, we thought: What are the best long-distance walking routes in the UK?

Before you start on your long-distance walking journey, note it’s best practice to choose a route suited to your experience level. If you go in all guns blazing, it might put you off for life, and we don’t want that!

To help you, we’ve graded our routes according to their difficulty level. If you’re new to long-distance walking then we recommend you choose the beginner-level routes first and progress through to the intermediate and advanced levels.

With that said, let’s jump straight into our list of the 12 best long-distance walks UK. 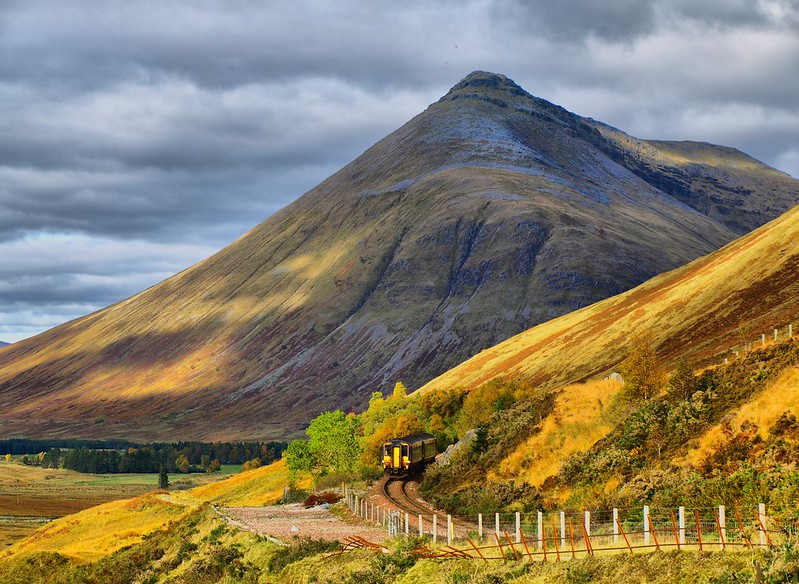 About the route: The West Highland Way is one of Scotland’s most beloved long-distance walking routes. The route stretches for a total of 96 miles, travelling from Milngavie to Fort William. In between, you’ll walk across Loch Lomond, and through the breathtaking Glencoe valley. The West Highland Way’s popularity boils down to its dramatic landscapes, wildlife, flora, ease of access, human history, and Scotland’s unrivalled right to roam.

You can complete this route with Maximum Adventure in nine days, eight days, seven days, or six days. Alternatively, you can split the route up between north and south, completing each at separate times. 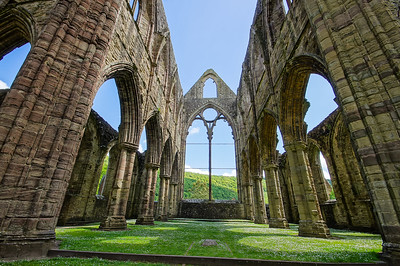 About the route: The Offa’s Dyke Path is a 177 miles (285km) walking route that was first established in the 1970s, and runs along the English and Welsh border. The route is named after Dyke King Offa, who ordered the construction of the path in the 8th century – probably to divide his kingdom from rival Welsh territory. The route passes through the Brecon Beacons National Park on the spectacular Hatterrall Ridge. The route links three areas of outstanding natural beauty, the Wye Valley, the Shropshire Hills, and the Clwydian Range/Dee Valley. 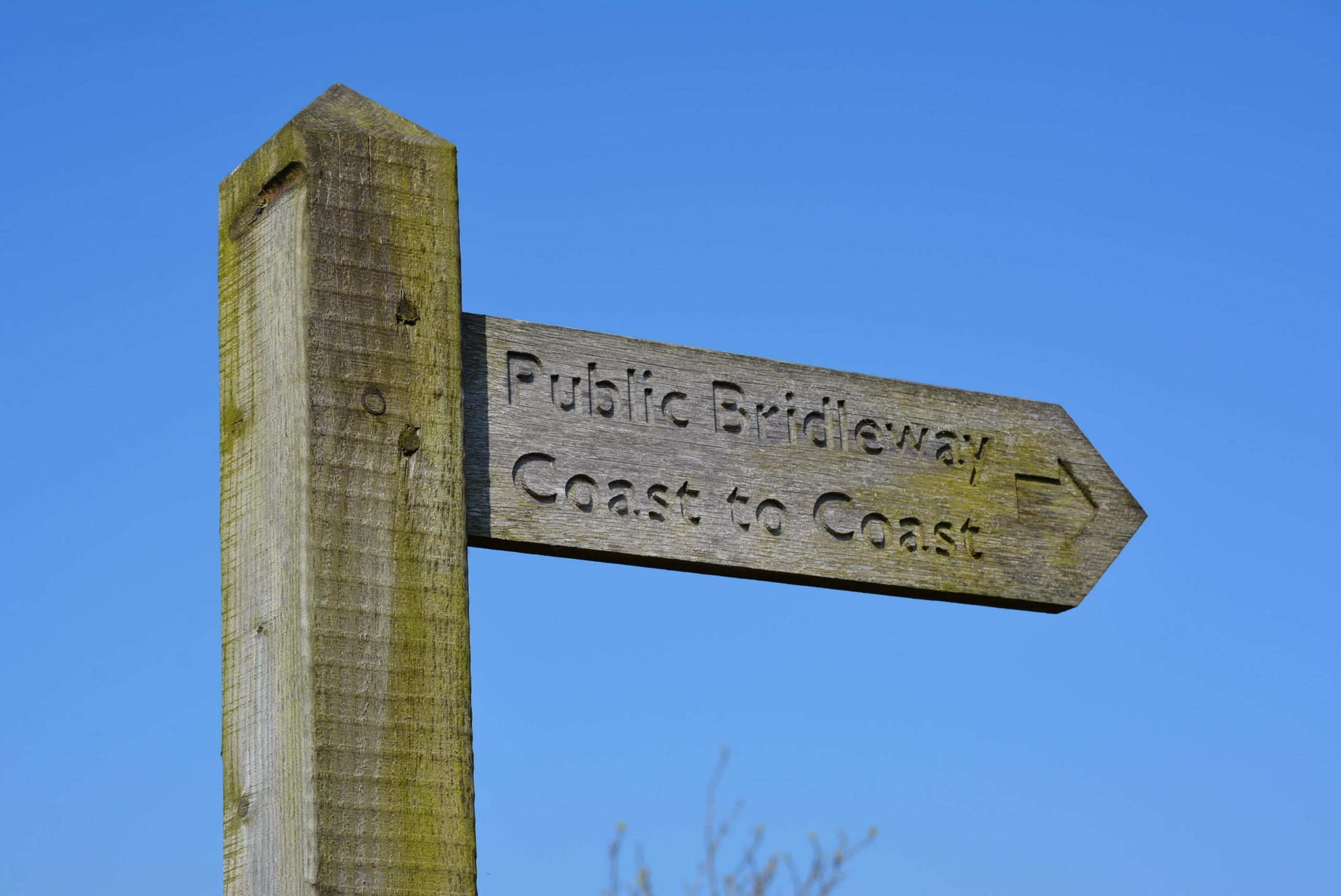 About the route: The coast to coast crosses the breadth of England, starting from St Bees in Cumbria and finishing at Robin Hood’s Bay in North Yorkshire. The route was created by Alfred Wainwright, who worked to connect dozens of existing footpaths, bridleways, and minor roads. The Coast to Coast long-distance walk is one of the most popular in England due to its unique and attractive scenery. 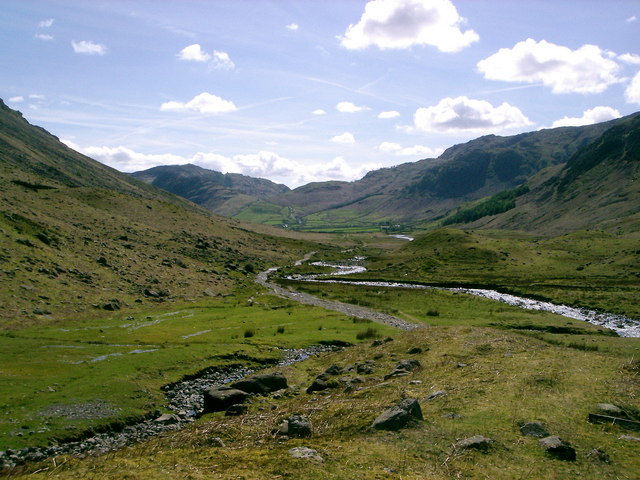 About the route: The Cumbria Way provides a relatively low-level crossing of the Lake District National Park, and follows tracks and valleys amid splendid and varied scenery. The route passes Coniston Water, Tarn Hows, Dungeon Ghyll and crosses Borrowdale’s Stake Pass, Derwent Water, and Keswick. Long-distance walkers across the UK are constantly updating the route, waymarking, and hosting a dedicated Cumbria Way webpage.

You can complete this route at Maximum Adventure in seven days, six days, or five days. 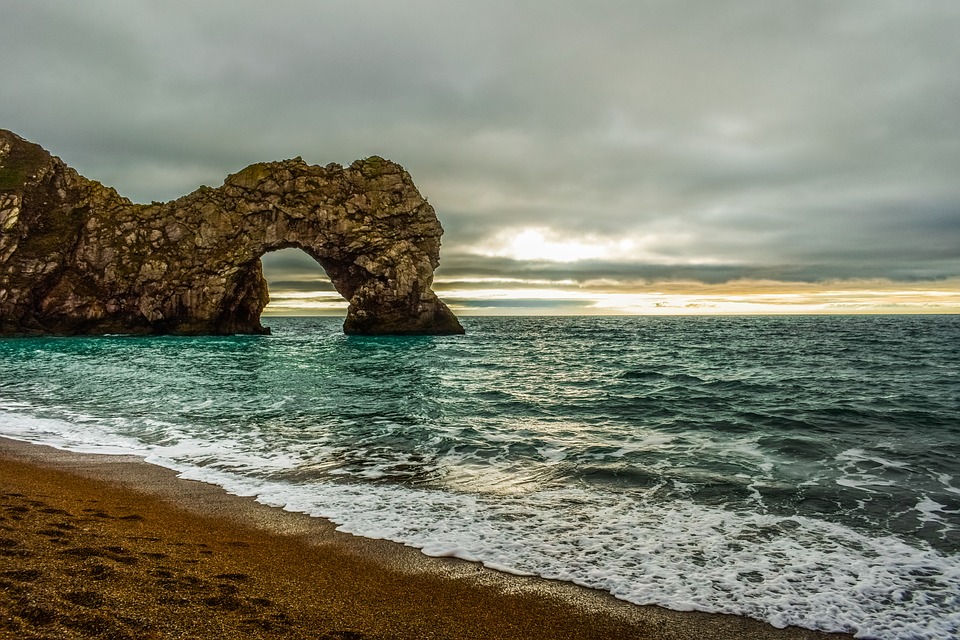 About this route: This route is part (the best part) of the longer South West Coast Path that runs from Lyme Regis to Poole. The Jurassic Coast is a World Heritage Site on the English Channel coast of southern England. In a few short days, you’ll travel through millions of years of evolutionary history captured in the geology of the area. You’ll ascend rising cliffs and enter hidden coves while looking out over the ocean’s horizon.

You can complete this route with Maximum Adventure in six days (beginner) or take our one day Jurassic Coast Challenge (advanced). 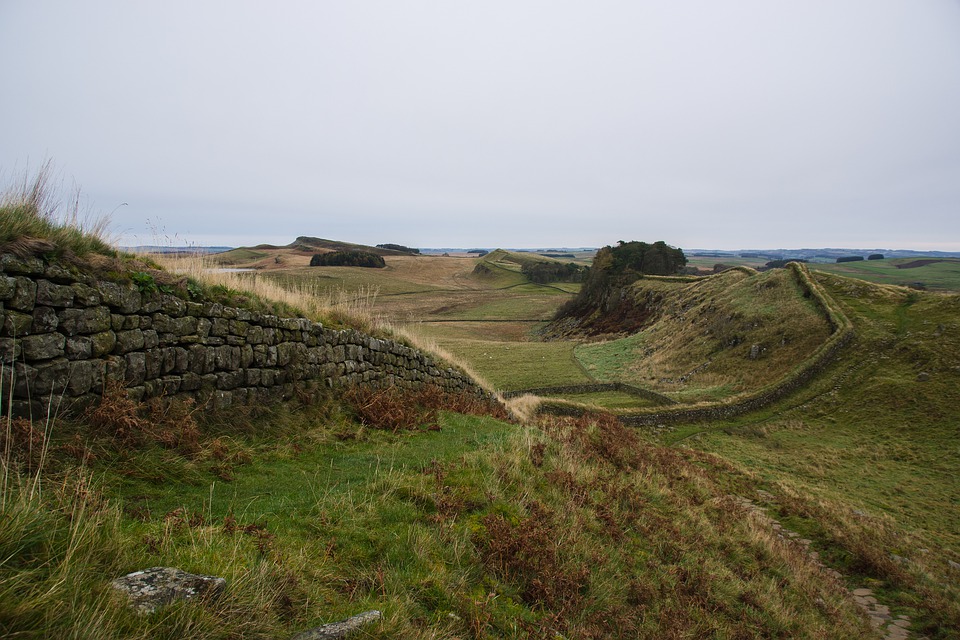 About this route: Hadrian’s Wall is steeped in Roman history making it a popular long-distance walk. Along the way, there are even Roman Forts and museums giving you a glimpse of what life must have been like for the Roman soldier. Take some time to soak up the quiet solitude of this corner of England as you walk across craggy landscapes and rolling hills.

You can complete this route with Maximum Adventure in six days, seven days, eight days, or nine days. Other variations include the Hadrian’s Wall three day marathon, a three-day Hadrian’s Wall highlights expedition and a Hadrian’s Wall walk-cycle-walk split. 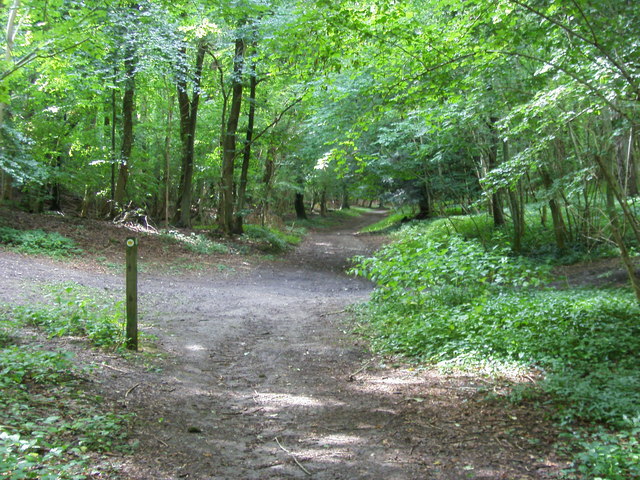 About the route: The Chiltern Way is a waymarked long-distance footpath located in Southern England. The landscape is rolling, dotted with wooded hills and nature reserves. The track is well-signposted making this an easy route in terms of navigation. This is a great beginner long-distance walking route, but many do the Chiltern Way as a one-day challenge (which you can book here with Maximum Adventure). 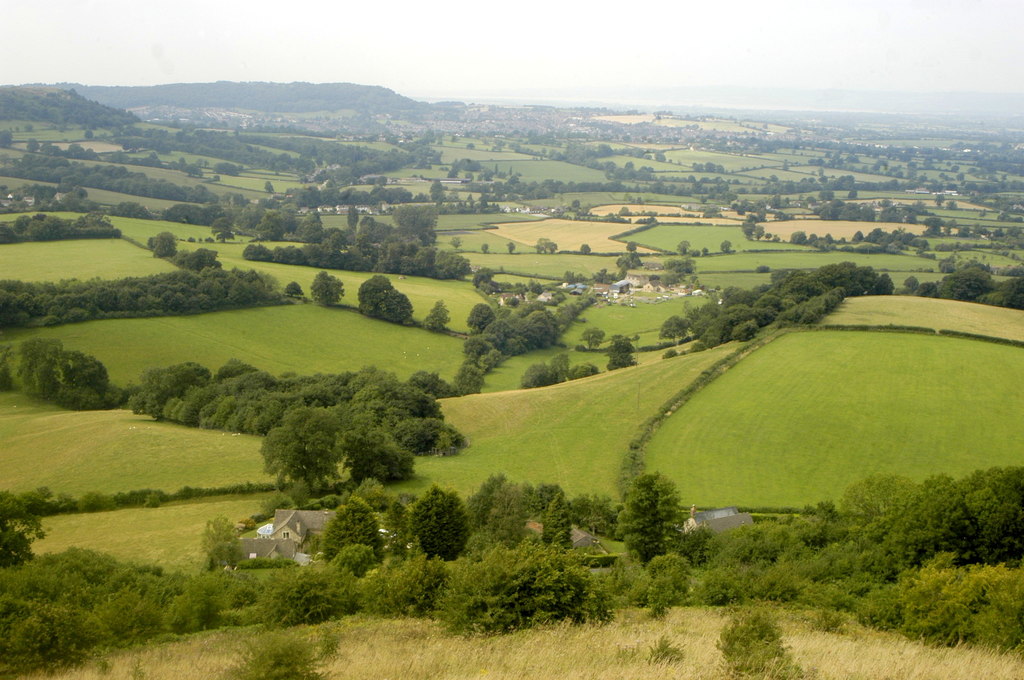 About this route: The Cotswold Way runs from the small market town of Chipping Campden to the City of Bath World Heritage Site. To complete this walk you’ll trek through open farmland and honey-coloured villages that are built from Cotswold stone. You’ll pass stately homes and ancient battle sites, Neolithic burial grounds, and old towering castles. 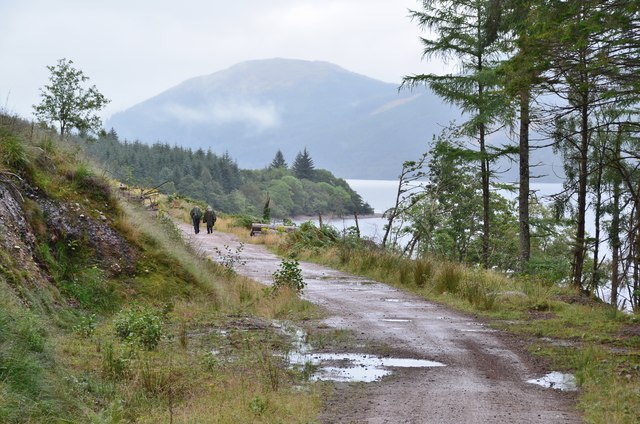 About this route: The Great Glen Way is one of Scotland’s greatest trails covering 74 miles of the Scottish Highlands. The trail starts in Fort William, which is home to Britain’s highest mountain Ben Nevis. The Great Glen Way stretches from coast to coast across the highlands, passing stunning scenery which includes Loch Lochy and Loch Oich. You’ll also walk along the towpath of the Caledonian Canal – built by Thomas Telford – before finishing the route in Inverness.

Complete this route with Maximum Adventure in six days or seven days. 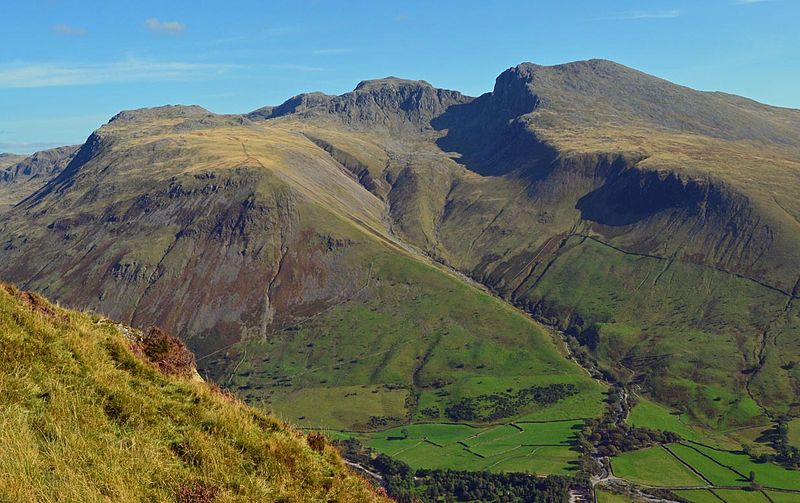 About the route: The Lake District National Park is a UNESCO World Heritage Site, which comes as no surprise when you explore this rugged landscape, with its towering peaks and pretty lakes and tarns. The Lake District Round explores the heart of the Lake District and involves both rocky and grassland sections. For those who want an easier option, there’s a lower-level route. The traditional route is, however, high-level and runs over mountain summits.

You can complete this route with Maximum Adventure in eleven days, nine days, or six days. 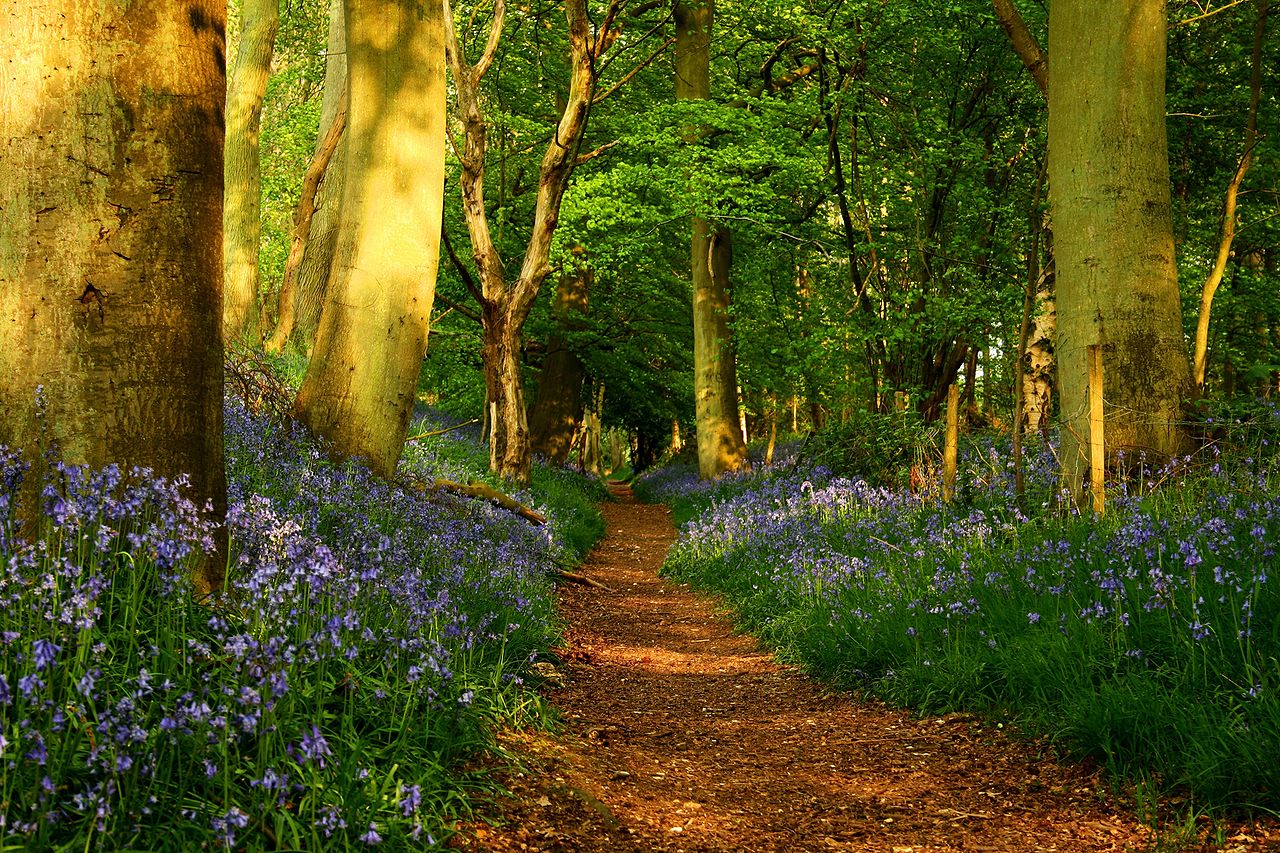 About the route: Relative to the other routes listed in this article, the average distances on The Ridgeway are smaller, plus the route is relatively flat. This makes it a good entry-level, long-distance walk. The Ridgeway follows the North West Downs, starting in Avebury/Overton Hill and ending in Ivinghoe Beacon. The trail has a captivating history that dates back thousands of years. You’ll see remnants of this history on your journey, from Iron Age Forts to White Horses carved into a chalky hillside.

You can complete this route with Maximum Adventure in eight days. 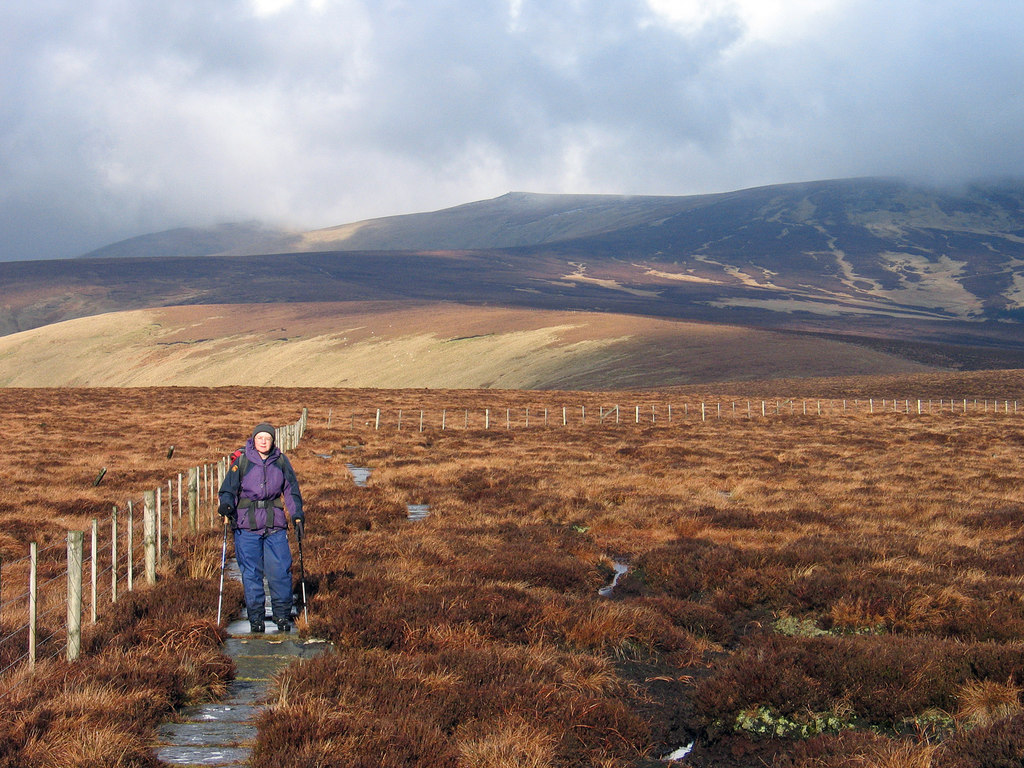 About the route: We finish the list of our 12 best long-distance walks with the Pennine Way, which is somewhat of a founding father. The Pennines are termed as the backbone of Britain, and snake 268 miles from the Peak District to the Scottish Borders. The Pennine Way is one of the most challenging walks on our list, with its steep ascents and rocky terrain. Many take 3 weeks to tackle this walk, or others split the route to tackle each separate part at different times.

Is there a specific long-distance walk you’d like to do that we haven’t mentioned in this list? Please get in touch, as we’d love to hear from you and add your ideas to our article!

40 Top Mountains in the UK: Your Ultimate Guide and Adventure Checklist

40 Top Mountains in the UK: Your Ultimate Guide and Adventure Checklist
Back to top